Wiser Decisions – An Ecopedagogical Approach Based on Literature

The collaborative service learning project ‘Wiser Decisions’ was conducted by TEFL students from the University of Augsburg (Germany) and students from the English and Foreign Languages University (Shillong, Meghalaya/India) in the summer semester 2022 as part of the university seminar ‘Intercultural Service Learning’. The project linked language education, cultural learning, and civic engagement. It followed a literature-based approach as it used Amitav Ghosh’s novel The Hungry Tide as a starting point. By analyzing the Morichjhapi incident, which was caused by a government decision that intended to protect the tigers but disregarded human rights, revealed in Amitav Ghosh’s novel, and researching a similar issue in both Germany and India, the students who participated in the project identified the one-sidedness of some political decisions. The German and Indian students met online and exchanged their opinions on the issues. They then researched further environmental issues that can be seen from different angles. In mixed international teams they designed advertisements or other products to raise awareness of the issues, for example packaging waste, plastic consumption and microplastic, Western Ghats deforestation in India, insect extinction or illegal coal mining in India. Following their research, they took action in their communities by handing out flyers and stickers, hanging up posters, creating a radio PSA (public service announcement), building an insect hotel, distributing seed bombs to save the bees or producing beeswax wraps to reduce packaging waste. Throughout the whole project, changing perspectives, developing critical cultural awareness, and civic engagement played a central role.

The project ‘Wiser Decisions’ was developed by Xinrui Chang in her seminar paper, which she wrote for the course ‘Developing Teaching Concepts for Intercultural Encounters’ taught by Petra Rauschert in 2019. We would like to thank our project partner Aman Verma for his openness to implement and further develop the project with us and who inspired the Indian students to participate. 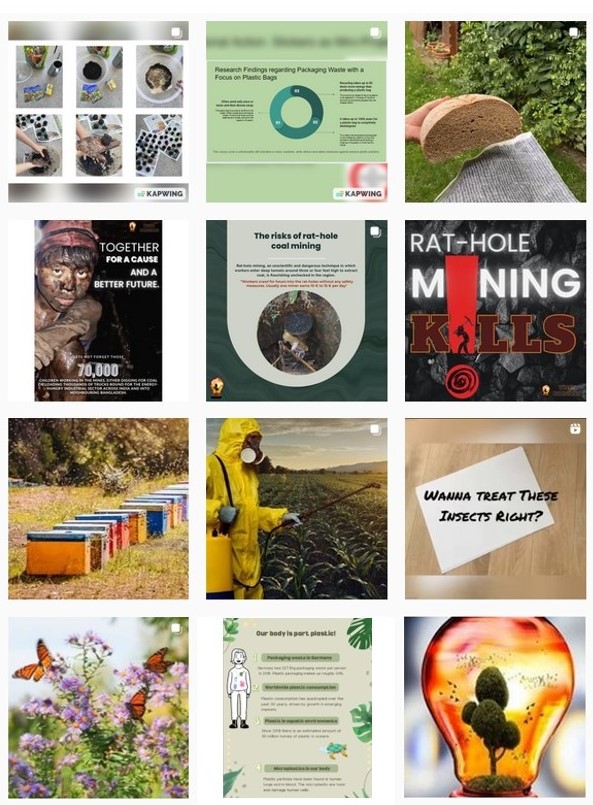